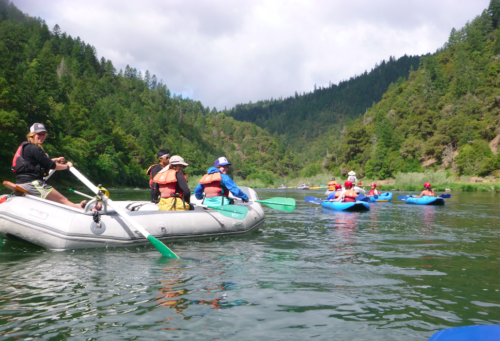 Surrounded by the beauty and vastness of the trees and canyons along the Rogue River, we floated down the cool waters through rapids and waves. A few eagles were spotted above us, along with osprey and more than a dozen turkey vultures. Deer ran along the banks and a river otter cleaned itself on a boulder. After a long day of drifting through raging rapids, we dined on a feast of spaghetti with meat sauce and Dutch oven brownies.

We closed the night with a getting-to-know-you game, and a group by the fire along the sandy bank of the river. The North Star could be seen later that night along with Orion and Sirius, and that concluded a beautiful day rafting along the Rogue River. By Student J.C. 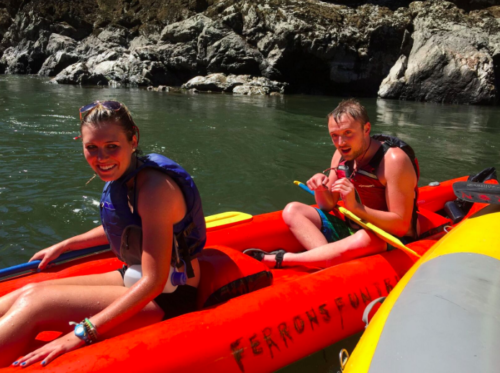 The guides for the trip were very well-rounded people, and we spent the first couple of hours singing our hearts out down river until we exhausted the short list of songs that we knew all the lyrics to.

From that point on, the river demanded the full attention of everyone aboard the raft. We were well-fed with sandwiches for lunch and steak for dinner, and we were happy with a fun, safe adventure down one of most wild and scenic parts of Oregon.

Rock Climbing and Rafting in Bend

At the base of the climb – your eye charts the rock as it expands above head, you plan your route up the rock. You climb until you reach a point where you can’t find the next move. Your arms stretch trying different holds, you shift your feet and struggle to find the next move. 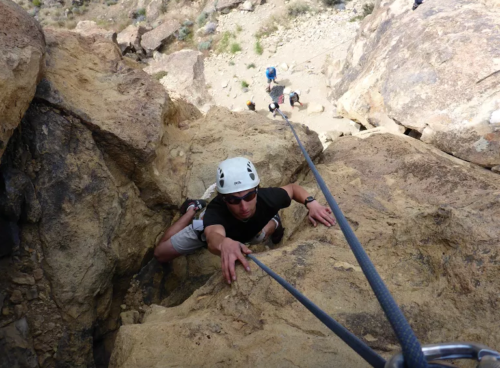 The term for this in climbing is called the crux – the most difficult move that challenges you both physically and mentally. Whether you are arranging a route of a climb, reading a river rafting, or forecasting the next four years of college – we all make plans. The real question then is how do you react when your plans don’t work out. I once had a professor who said that only when things go wrong does the adventure begin. 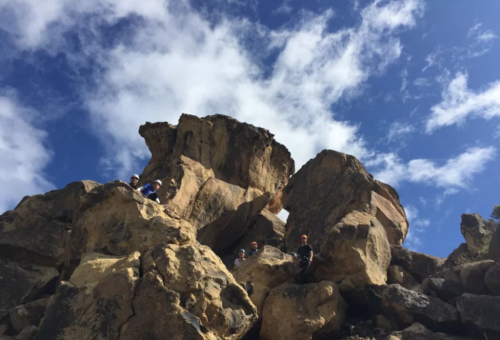 On the trip this topic sparked a conversation of the difference between goals and plans; and how we can all set goals by taking small steps rather than relying on large plans.  We then enjoyed a day of climbing Smith Rock State Park, kayaking the Deschutes River and exploring the downtown city of Bend.