Resiliency… The Bounce Back Effect by Jeff Mortimore 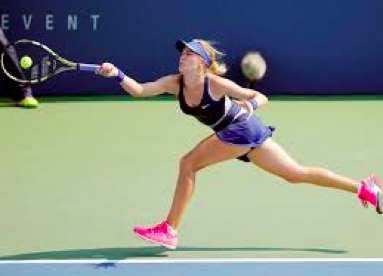 “When one door of happiness closes, another opens; but often we look so long at the closed door that we do not see the one which has been opened for us.” Helen Keller

One of my annual Fall indulgences is to follow the competition at the U.S Open Tennis Tournament in New York. Call it a rite of passage if you will, but the Open begins to signify that the glow of Summer is fading to Autumn.  However, there was also something different about this year’s competition– it was the comeback theme!  Many of the competitors were staging remarkable comebacks and fighting from two sets down to a fifth set tiebreaker. They were bouncing back, so to speak!

Resiliency is a critical building block for developing a greater sense of emotional awareness, but it comes only with temptation, trial, error, failure and setbacks.  According to legend, Thomas Edison made thousands of prototype incandescent light bulbs before he got it right.  Imagine what our world would be like if he had given up after only a few tries!

“Hope is being able to see that there is light, despite all of the darkness.” Desmond Tutu.

Hope is another critical element in learning to be resilient.  Feelings such as anxiety, anger, fear, vulnerability and helplessness narrow cognitive functions and limit action choices.  Hope is a choice: an optimist believes that everything will work out right and a pessimist expects bad things will happen. The competitor that is now two sets down still has hope!

“Commitment is an act, not a word.” Jean Paul-Sartre.  So if hope sets the tone, how can a person develop the solid habits of optimism and resilience?  Successful people are committed to their lives and their goals, and this isn’t just restricted to their work. They commit to their relationships, friendships and causes that they care about… they have a calling! Their goals have a deeper, personal meaning, and success is that feeling when they reach their self-chosen outcomes.

“Do you want to know who you are?  Don’t ask. Act! Action will delineate and define you.” Thomas Jefferson

Hope and commitment are essential for the resiliency toolbox, but they are nothing without action, which creates the self-confidence to step out on that court and develop competence. Being self-confident comes with a certain amount of failure before mastery is achieved, and resilient people spend their time and energy focusing on situations and events that they have control over, rather than what they don’t have control over. Resiliency combines all of these factors: hope, optimism, commitment, and confidence to guide people towards discovering and utilizing purposeful coping actions.

So, how does one now look at adversity? Have we lost the game before even stepping on the court?  Or do we have the courage and self-confidence to pursue our dreams? The odds are that if we don’t step onto the court, we will lose. You don’t have to be the number one ranked player to succeed in the game of life. It’s about having the strength to learn the lessons we need to learn.